Briiffi has had the pleasure of advancing Subaru’s recognition in the automobile market. Subaru’s marketing strategy is mainly based on reaching out to people leading active outdoor lives. There are 600 000 dogs in Finland, hence a significant number of dog households own a car.
We built an image of Subaru as the dog owner’s number one car.

Different activity groups were being approached with selected measures. An effective multi-channel solution utilized content marketing on both Subaru’s website and social media. At the same time, a sympathetic image was created for the whole motoring public. 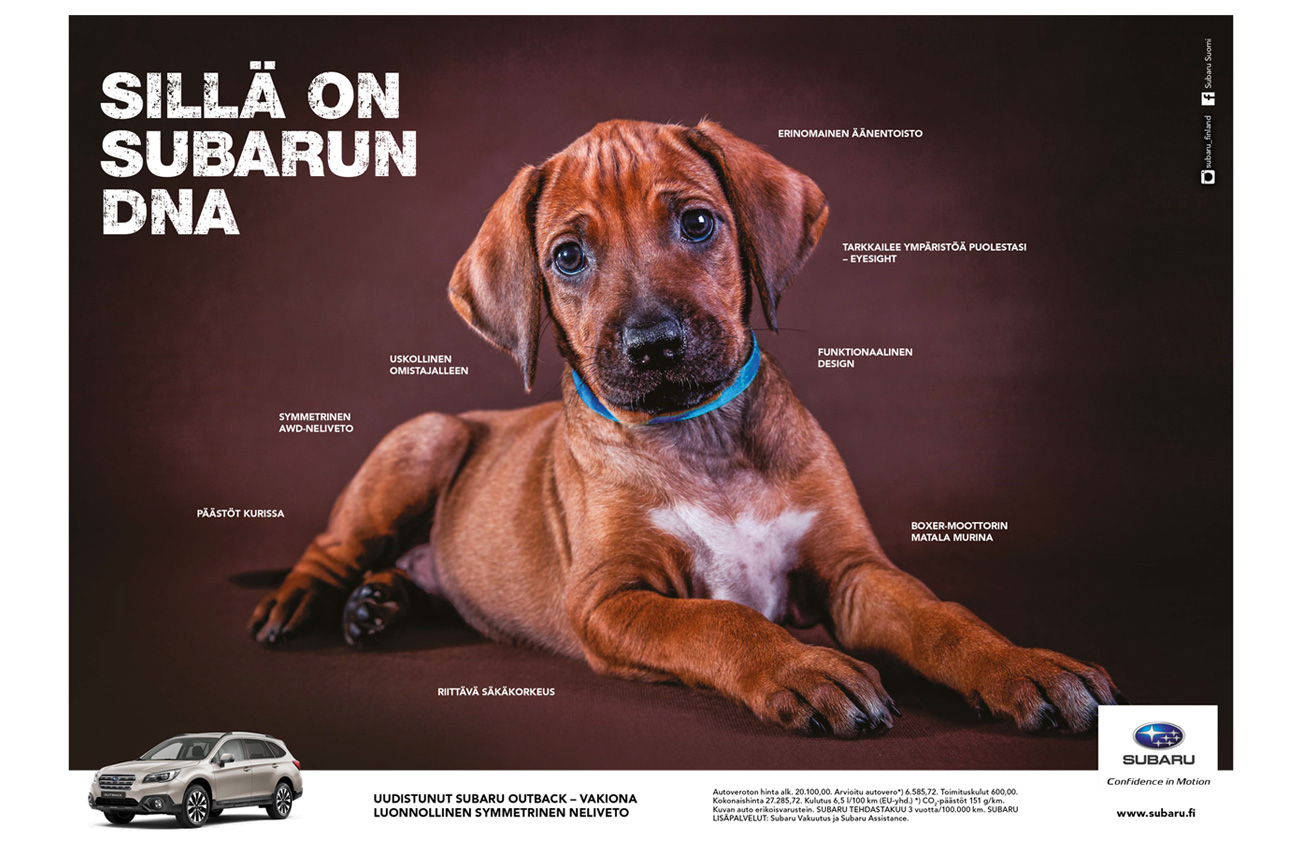 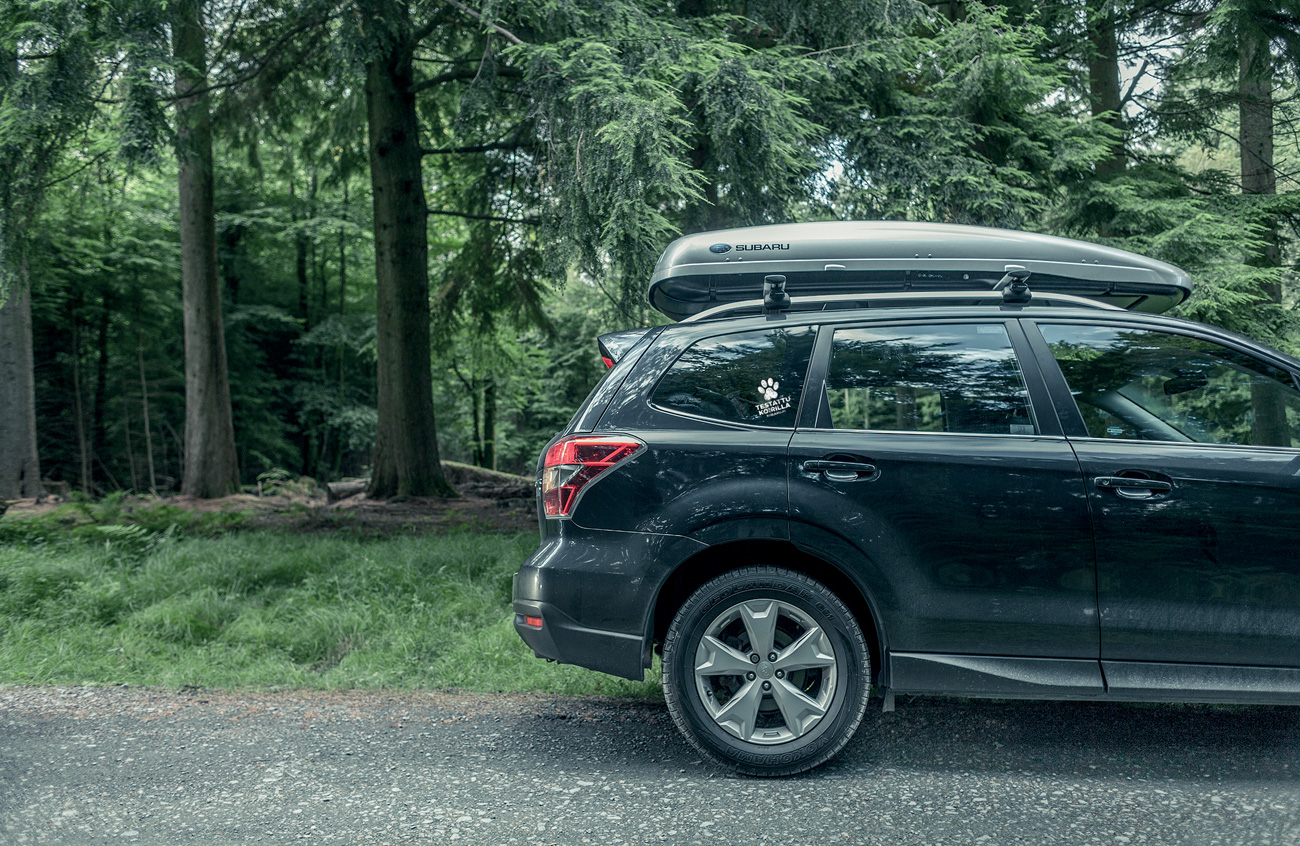 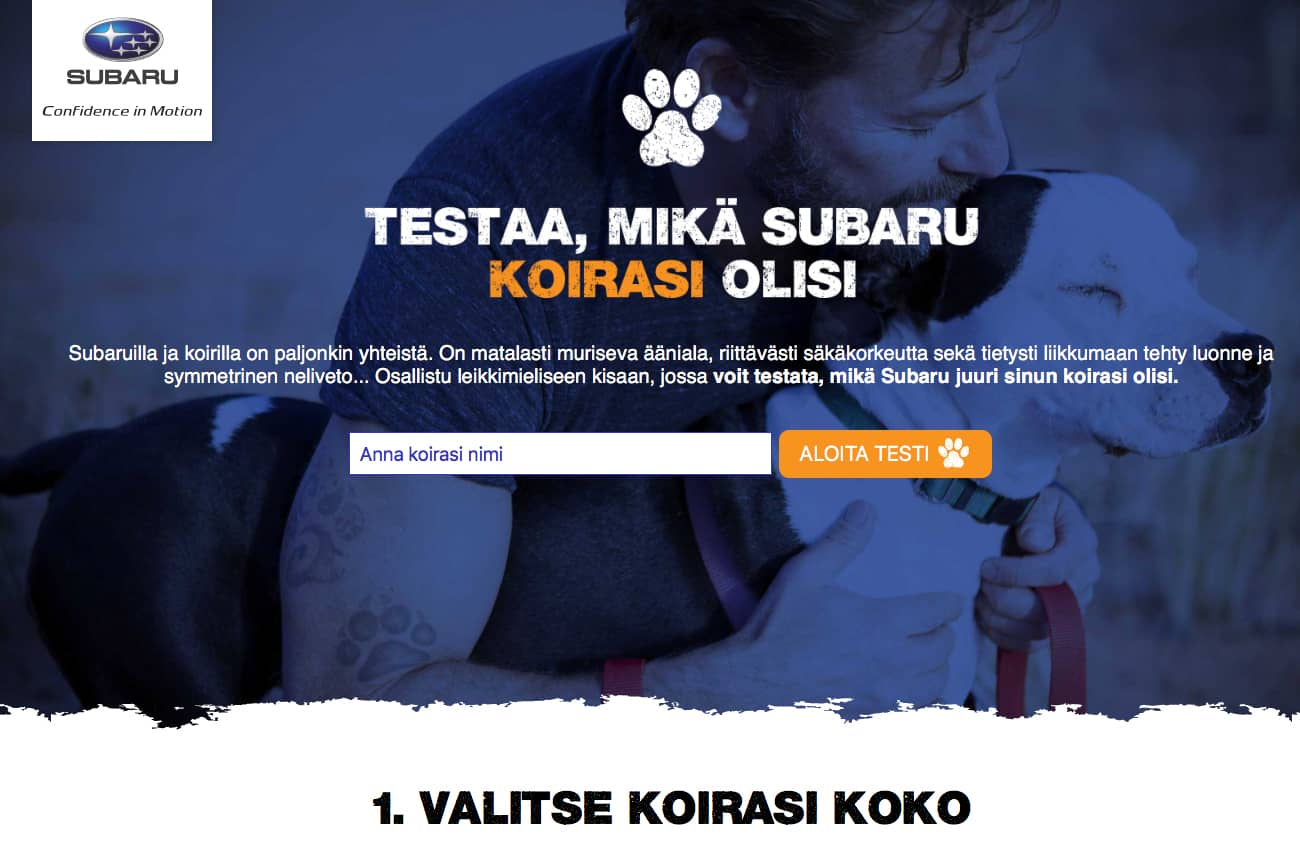 Briiffi always has new, fresh ideas. It feels like we are working as a team for Subaru’s success.

It has Subaru’s DNA. The web campaign consisted of a YouTube video, factual content drawn up on Subaru’s website and a playful dog character test. The campaign had strong visibility at the dealerships and in print media, which plays and important role in automobile marketing.

Dog owners form a limited target group, but it’s a big potential for a small car brand. Among other actions, Subaru invited dog owners for a test drive. Humorous paw-shaped stickers with the text “Dog tested” were attached to the cars. The test drivers and exposition guests were handed dog safety vests with the text “The toughest four-wheel drive in the hood”.

In the automobile market, the approach was something new. The campaign aroused plenty of positive attention among dog enthusiasts and had a significant effect on Subaru’s image as a true dog owner’s car. The dealers found, that the campaign was carried out thoroughly and it worked beautifully.

The dog safety vests formed a long-term media, that amuse both the dog owners and passers-by. Above all, they improve the dog’s safety.

MADE WITH BRIGHT ATTITUDE.